Treated Birch Plywood meeting the requirements of Euro Class B and suitable for structural applications.

Thoroughly tested medium density fibreboard panels for use in public buildings where fire retardant panels are required by building regulations.

Oriented Strand Board treated with a fire retardant solution during production.

Magnesium-based, water resistant, tile backer board that does not swell, rot or degrade following contact with moisture.

A multi-purpose building panel with excellent thermal and moisture performance.

A high strength, external render carrier board which offers an alternative to block and render, brick, masonry or cladding finishes.

A range of panels manufactured to intentionally reduce the spread of flames and delay ignition in the event of a fire. 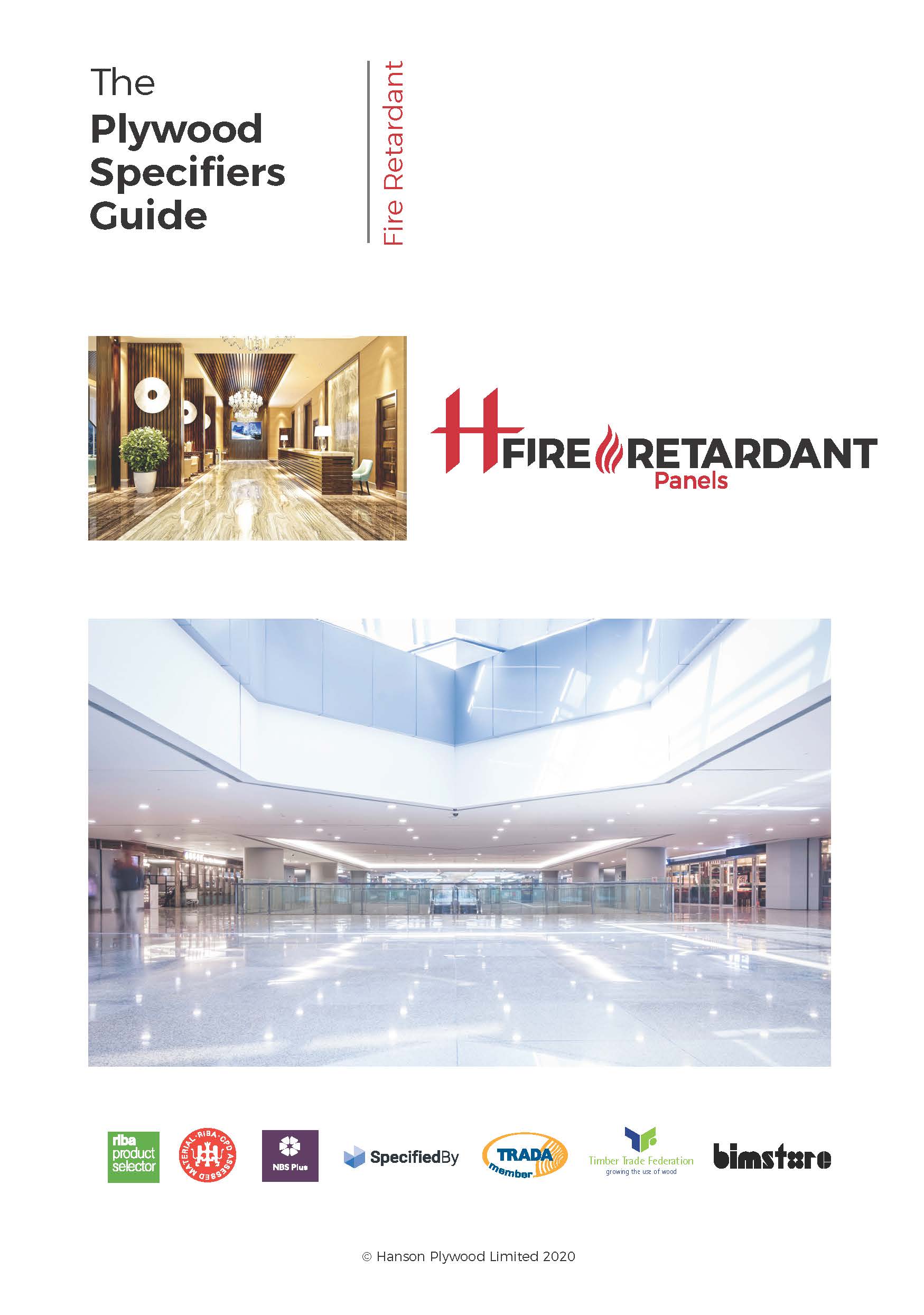 Prior to the implementation of the Construction Products Regulation in July 2013, fire testing and classification was carried out in accordance with the British National Standard, BS 476. The two main classifications were class 1 and class 0.

Class 1: Was classified according to part 7 of BS 476 which required testing on the surface spread of flames. For a class 1 board, the spread of flame had to not be more than 165mm in 10 minutes.

In England and Wales, the fire requirements for buildings are dealt with by Approved Document Part B to the Building Regulations. Since the implementation of the Construction Products Regulation, Class 1 and Class 0, in relation to timber cladding and plywood used in permanent construction, are now phased out where a harmonised product standard exists.

Are the new Euroclasses as good as the old National Standards?

The simple answer to this is that they are different. Euroclasses are a new set of Reaction to Fire tests that are deemed as acceptable as the old British Standards by UK Building Regulations. Now, for the first time in the UK Building Regulations, these new reaction to fire tests evaluate smoke emission for timber and plywood. Euroclasses are not time rated fire performance classifications so do not offer 30 or 60 minute fire resistance. The finished product requires additional independent testing to achieve such a rating.

A request we commonly receive is that for a panel with a 1 hour or ½ hr fire rating.

30 or 60mins relates to the concept of Fire Resistance and typically relates to the ability of an elevation or door to withstand the passage of a fully developed fire for said amount of time.

Euroclass relates to the concept of Reaction to Fire and focuses on initial fire growth phase. A Euroclass rated panel may form part of a fire barrier system requiring 30 or 60 mins Fire Resistance overall. We recommend that suitability of a Euroclass rated panel within the design is based upon 3rd party assessment or independent testing specific to the project in question.

There are 7 Euroclass classifications ranging from A1 to F. In line with the Construction Products Regulation (2013) each Euroclass rating requires testing against the relevant European fire test methods – see table below.

Hanson Plywood offer a range of panels manufactured with an A1 rating (see below). Untreated wood-based panels such as plywood, OSB, MDF & Chipboard typically achieve a Euroclass D or E rating. Fire rated panels can be supplied to a Euroclass B or Euroclass C fire performance as required depending upon regulatory requirements.